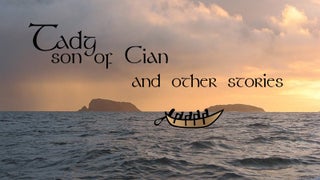 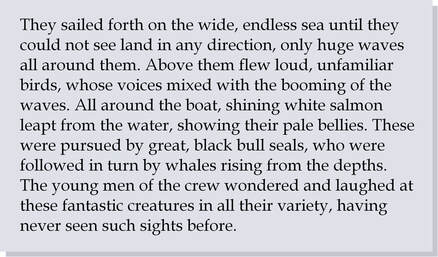 I first became interested in the story of Tadg, son on Cian, because the picture it gives of Clídna and her birds is a close match for the birds of Rhiannon. This story also shows an attempt by Medieval Irish redactors to reconcile ideas of the Christian afterlife in paradise with their native otherworld(s).While on his adventures, Tadg meets the native goddesses Clídna and Cesair, as well as Connla, son of Conn. I decided that it would be fun to include their stories in this volume. All three of these tales also show evidence of Christian influence and attempts to integrate native beliefs.