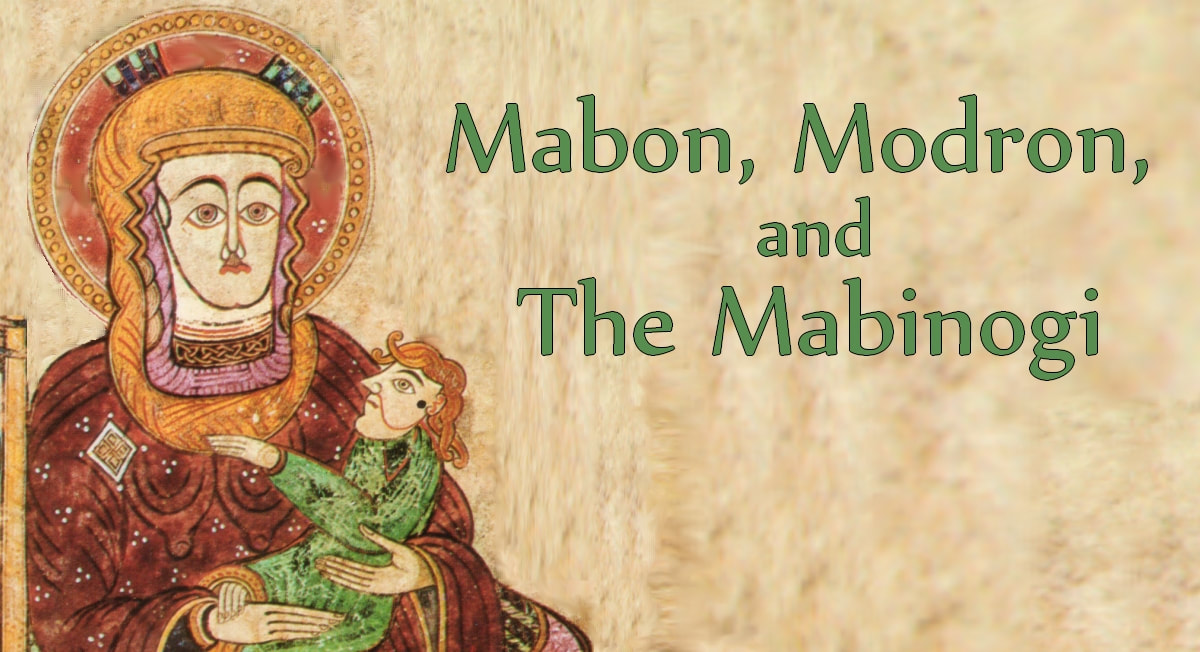 Mabon, Modron, and the Mabinogi

In this class we will focus on the deities Mabon and Modron, and the relationship between mothers and their sons in The Mabinogi. There is required reading for the later weeks, and the class will be a good fit for those who are already familiar with The Four Branches. (If you don’t know The Four Branches very well, you can still do the course, but expect to put in some extra reading time. I will offer guidance on how to approach that.)

We will explore the historical evidence for Mabon/Maponos and Modron/Matrona, as well as looking at related texts. We will then go on to study the roles of mothers and sons in Culhwch and Olwen, Peredur, and The Four Branches. Although it's won't be a major focus, some of this work will invite us to consider how historical and legendary persons appear to be represented very differently in later Arthurian literature as opposed to early Welsh texts.

When you sign up for the class, I will send you a study guide, so don’t put it off until the last minute!

I really prefer it if students attend class in person, however, classes will be recorded and made available, on request.
Mabon ap Modron and Maponos
You can attend the Week 1 class, an in-depth exploration of Maponos and Mabon ap Modron, as a one-off. We will look at the archaeological/historical evidence for these deities in both France and Britain as well as all the Welsh-language texts which mention Mabon. We will also touch on important localities and the mysterious St. Mabon. The cost of the single week is $15 US. You can apply that to the cost of the full course, if you decide to register for it.